Serving for a one-year term, the Chair of the Board holds the top leadership position in the Greater Miami Chamber of Commerce and leads the Board Officers, joining a long line of South Florida leaders who for over a century have built the community and many of the institutions of today. 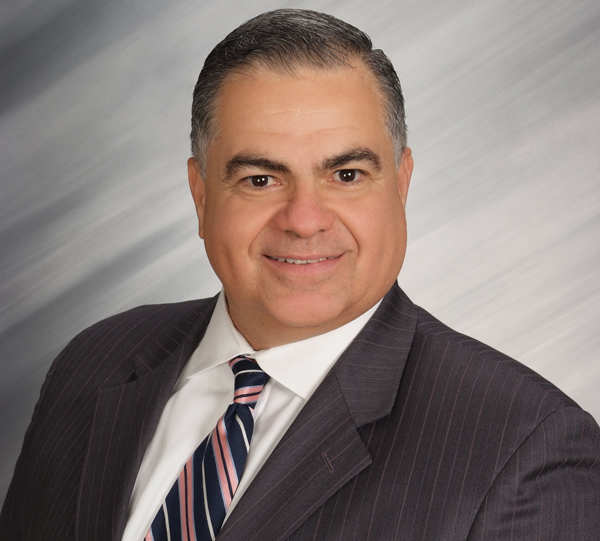 Roberto R. Muñoz brings more than 40 years of financial experience to his leadership role as President and CEO of The Global Financial Group LLC, specializing in working with High-Net-Worth individuals and Small to Medium sized companies to improve market targeting, key performance indicators, strategic planning, and execution strategies and holds a 2-15 Insurance License from the State of Florida. Mr. Muñoz is also a voting Member of the Board of Directors and Audit Chairman with the American Bank of Investments, headquartered in Tirana, Albania, and most recently served as the President of the Miami Market for Commercial Banking and Wealth Management at First Horizon Bank.

Mr. Munoz has extensive experience covering the State of Florida, South and Central America, and the Caribbean in the areas of commercial banking and institutional lending, as well as wealth and treasury management services. Mr. Muñoz has held executive positions with BBVA Bank, Regions Bank, Israel Discount Bank, Mizuho Bank, and Barclays Bank.

Civic roles include: chairman of the Board of Directors of the Greater Miami Chamber of Commerce; president and chairman of the Board of Directors, South Florida Council, Boy Scouts of America; Chapter Commander, Kentucky Colonels, Miami-Dade, and Monroe Counties; former chairman of the World Trade Center Miami; former chairman of the Florida International Bankers Association; executive board member and former secretary of the Miami-Dade Beacon Council; He also serves on the executive and advisory board of The Center for Financial Training International; is a board member of the Florida Alternative Investment Association; and a board member with the World Affairs Council Miami. Mr. Muñoz also serves on the Miami-Dade County Public Schools- Superintendent’s Business Advisory Council and holds the keys to Miami-Dade County, the City of Miami, North Bay Village, and the Zoo Miami Foundation including various Certificates of Appreciation from the Mayors of the City of Miami, and Miami-Dade County for community leadership.

In the community, Mr. Muñoz is a board member of the Chapman Partnership for the Homeless and a member of the Florida International University President’s Council. He has received numerous recognitions including the Membership Growth Award from the Greater Miami Chamber of Commerce for 2021 and 2022; the “Distinguished Chairman” award for 2019 and 2020 from the World Trade Center Miami; the 2020 “Champion of Conservation” award by the Miami Zoo Foundation; named “Who’s Who in America” by Marquis in 2020; received the “Lifetime Achievement” award and induction into the “Second Century Society” by the Boy Scouts of America in December 2019. He received the “Public Service and Captain of Industry” award in Global Trade and Banking in July 2019 as part of the United Nations Public Service initiative. Mr. Muñoz received the 2019 “Diamond Circle” award for Leadership and Management from First Horizon Bank. He was twice named “The Achiever” by The Miami Today newspaper in February 2020 and in May 2014; and received the “Banker of the Year” award from the South Florida Hispanic Chamber of Commerce in March 2020.

He earned his BA in finance and international relations from Florida International University, an AA degree from Miami-Dade College, and his High School diploma from Miami Springs Senior High with all three educational institutions providing the Alumni “Hall of Fame” designation. Mr. Muñoz has also attained numerous diplomas and certificates in the field of banking and finance from qualified organizations. He and his wife, Teresa have five children and were named “Parents of the Year” by the Miami-Dade Public County Schools in 2021, 2020, 2019, 2018, 2017, and 2016. In addition to spending time with his family, Mr. Muñoz loves to cook, travel, and enjoy the world’s many cultures. He is fluent in English and Spanish and maintains a 30,000 global LinkedIn contact base.